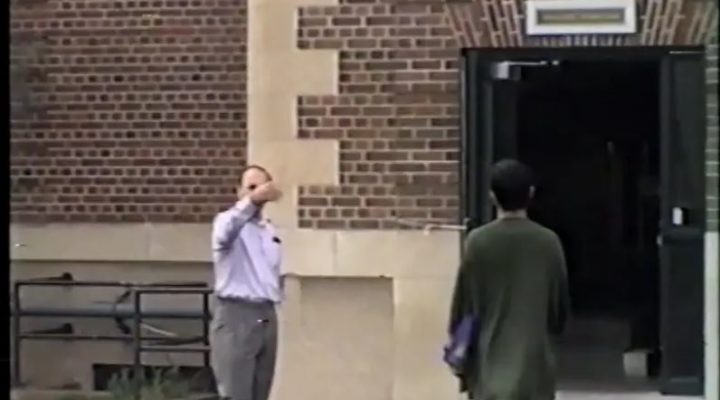 Footage of a family eating breakfast cuts to a teenager standing by an old building. Noor’s oldest brother, Fahad is giving their father a tour of his boarding school. This is the first time her father is seeing Ridley College. He relied on extended family in Canada to help settle Fahad in his school. Dressed like any other boy from the 90’s, Fahad leads his father on a grand tour. “Being Pakistani in Saudi Arabia was difficult” Noor mentions as she talks about being separated from her brother as he went to school in Canada. To Noor “it feels like filling in the blank watching these videos…”  since she was still a child when her family moved.

Shot over a few days, the home movie ends on a barbeque in Noor’s aunt home. Her aunt can be seen making fresh kebabs. “We still have those barbeques… they’re much different now, but we still make kebabs from scratch”, Noor recounts.