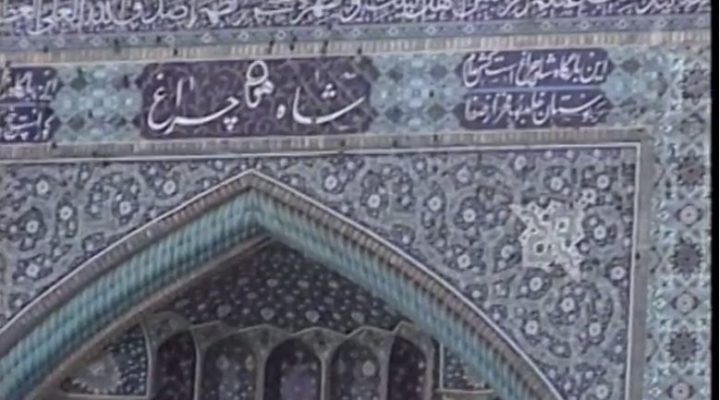 Both Bita and her father, Abbas, contributed to this write up. Bita felt protective of her family and their image, and chose to contribute a clip that didn’t centre people but a place. The scenery itself is a beautiful valuable contribution of a country in flux.

In 1998, Abbas visits Iran with his daughter Bita for the first time in sixteen years since moving to Canada. Bita at the time was a shy eight year-old and recalls that she didn’t speak for the first three weeks of the trip and that this was her first time leaving Canada.

In this clip Abbas is alone behind the camera capturing historical sites. He was prompted to take this trip because an Iranian friend in Vancouver couldn’t go home and asked him to make these movies of Cyrus the Great, Isfahan, etc. and to bring them back to show on local Persian TV. He did end up making these movies on a miniDV camcorder but never did give them to his friend.

The clip starts out at night time in Shiraz, with the Takht-e Lamshid built for Cyrus the Great. Then moves on to Isfahan, the “Great Mosque” that in farsi they call the Shah Mosque based in Naghsh-e Jahan Square. Abbas recalls at the time wondering how locals knew he hadn’t been living their for 16 years. People could tell that he had left and was living somewhere else. For Abbas, these clips show a country rich with stories and pride.

After years of searching for these tapes, they found them again in the summer of  2018 the night before Bita returned to Iran for the second time in her life.