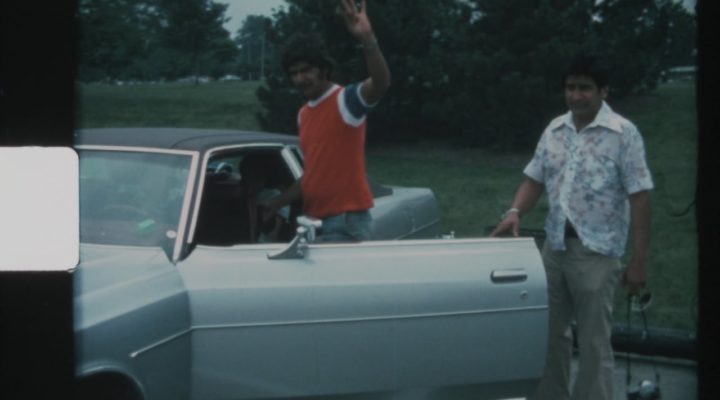 A video clip recording from 1976 to 1978 featuring adults and children having a barbecue in a park, hanging out in a car, and meeting Santa Claus. Project and donor(s) contributed description follows: “These clips show episodes from Jean-Pierre Marchant’s childhood in the mid-1970s Montreal. His parents were immigrants, recently arrived from Argentina and Chile. Throughout Jean-Pierre’s childhood, they documented the family’s life with a Super 8 camera (and would later switch to video). These clips depict him as a playful child, trips, and well-attended birthday parties. Looking back, Jean-Pierre recognizes that these parties were a big opportunity for the adults to get together and celebrate. The Marchants mostly socialized with people from similar backgrounds, and Jean-Pierre says that “it was important for my parents, who were trying to make a life in a new place, to associate with others who spoke their language.”