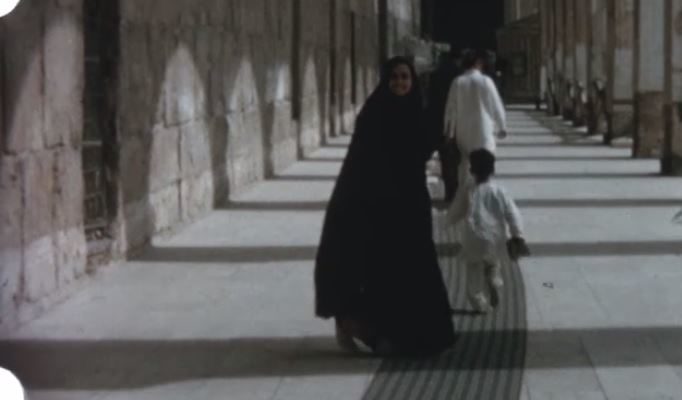 Although Aeyliya was born in London, England, she spent a year of her childhood in Baghdad, Iraq, a place in which she does not have too many strong memories of, yet finds fascination with when she watches her footage. “My grandmother, mom, brother, and I are in the footage. It’s very interesting to see this place that kind of has a memory for me, and then seeing family members like my grandfather who’s no longer alive, and then seeing my mother as a ‘young mother.’” Aeyliya describes having memories of eating certain candy in Iraq, and specifically in the footage she speculates that her mother was going to the mosque perhaps to pray, while she and her brother were running around in the courtyard. “[It’s] very surreal to see your past, to see yourself and your history. When I first watched the footage I thought ‘oh, this is kind of a weird feeling, strange, but still good.’” There are a number of ways ones life could’ve been dramatically different. “Where is home?” She ponders. Aeyliya’s family came to Montreal “literally” by boat. “We left London to Montreal and took the QE2, and then settled in St. Catherines, Ontario. “One decision that you have no control over could dramatically change your life,” Aeyliya adds, describing her thoughts behind her parents decision to live in Iraq for a year, nearly settling there, before plans changed and then moved from London to St. Catherines instead, “I look at the footage and think of that sometimes.”