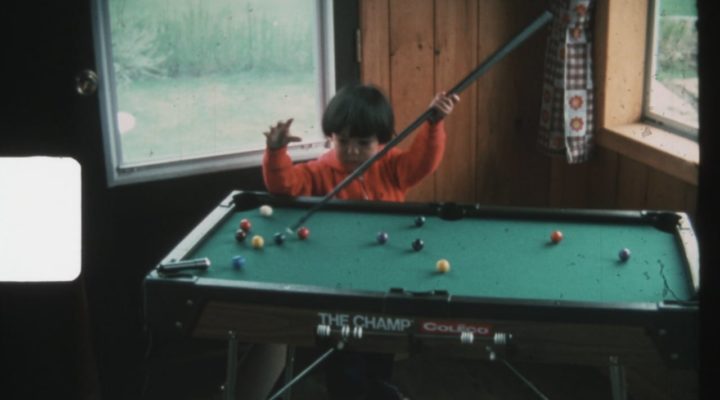 A video clip recording from 1976 to 1978 consisting of a party with adults and children dancing, footage of and from the top of the CN tower, a child playing around the house and pool, and a child playing with a soccer ball wearing a 1978 Argentina Championship t-shirt. Project and donor(s) contributed description follows: “These clips show episodes from Jean-Pierre Marchant’s childhood in the mid-1970s Montreal. His parents were immigrants, recently arrived from Argentina and Chile. Throughout Jean-Pierre’s childhood, they documented the family’s life with a Super 8 camera (and would later switch to video). These clips depict him as a playful child, trips, and well-attended birthday parties. Looking back, Jean-Pierre recognizes that these parties were a big opportunity for the adults to get together and celebrate. The Marchants mostly socialized with people from similar backgrounds, and Jean-Pierre says that ‘it was important for my parents, who were trying to make a life in a new place, to associate with others who spoke their language’.” 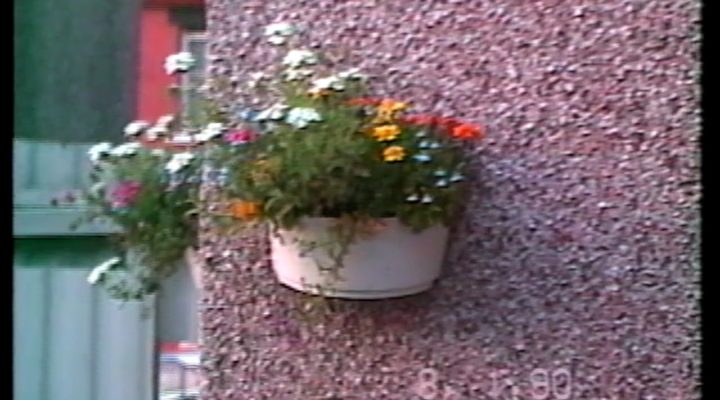 A video clip recording from 1990 featuring two women and a girl dancing; panning shots of the garden, street, and views of the city; and the family chatting around a table in the backyard with music playing in the background. “Project and donor(s) contributed description follows: “‘The year is 1990, and the Burke Family is on vacation in Bristol, England. This is filmed where Leah’s father, Sam grew up. All of Leah’s aunts and uncles had houses in the same neighbourhood, and this is a family reunion of sorts. Here, Leah, age eight or nine, dances to ska and lovers rock with her mother, Rita and Great Aunt Sweeney, while her dad is seen off in the background, and her older brother, Jason, films. Her dad has roots in Jamaica and her mother has roots in Guyana. At different points in their lives both immigrated to England, and later met each other there. Her parents then set off to Canada during the Pierre Trudeau years in 1972 to raise a family. The Burkes now call many places home.'” 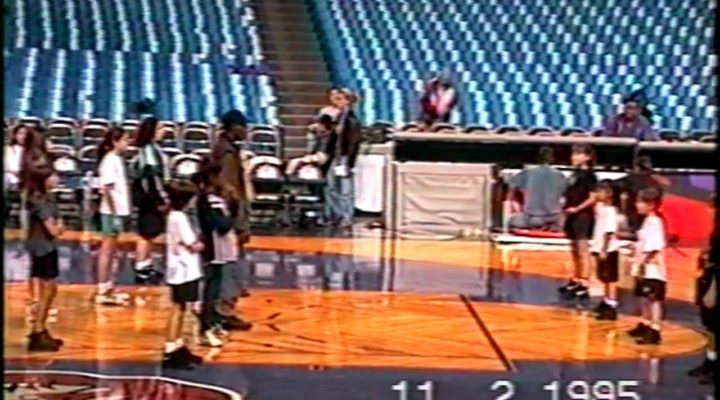 A video clip recordings from 1995 consisting of children and teenagers from the Raptors Junior Dance Pak rehearsing a dance routine at the SkyDome. Project and donor(s) contributed description follows: “Around 1994, 9-year old Azada Rahi living in a nearby co-op auditioned at the Cabbagetown Youth Centre to be part of the junior Toronto Raptors Dance Pak. The choreographer was Clarence Ford, who auditioned kids, teens and young adults from all over the city, and ran the Pak once the crew was established. He was a delight to work with, was extremely kind, and was great at keeping so many young people organised and focused. Here, November 2nd, 1995, at the SkyDome (presently the Rogers Centre) the Pak rehearses the same routine over and over in preparation for the opening performance at the first-ever Toronto Raptors game. On the day of the performance, Azada recalls pushing through the stomach flu to perform, her hard work could not go to waste, and it was a very exciting time. They had already performed at the Toronto Raptors opening dinner gala the previous summer. The Junior Dance Pak continued to dance at games and other functions for some time, though Azada only stayed with them for about a year and a half to two years. […] For Azada, the years she spent in the Pak, encountering Canadian athletes and entertainers were “fun and weird”. These tapes are the sole recordings of her dancing that she has had access to. Looking back at the footage proved surprising, hilarious, and a chance to reflect on herself as an uninhibited young dancer.”